The Energy and Water Cooperative of Kuusamo, EVO, granulates the wood-based ash generated in energy production into a forest fertilizer in a granulation facility provided by Rakeistus Oy.

The container-built granulation facility was set up in 2020 adjoining Kuusamo EVO’s energy plant in Toranki. It has an annual production capacity of 3,000 tonnes.

In addition, a 11-meter-high and 6.5-ton ash silo was built as a part of the granulation facility to store the fly ash and keep it dry for the granulation.

Ash granulation is a part of the local circulation in Kuusamo: 98 percent of the fuels used in the power plant come from the side streams of the local sawmill operations, and the resulting ash is utilized in a granulated form to fertilize local forests. 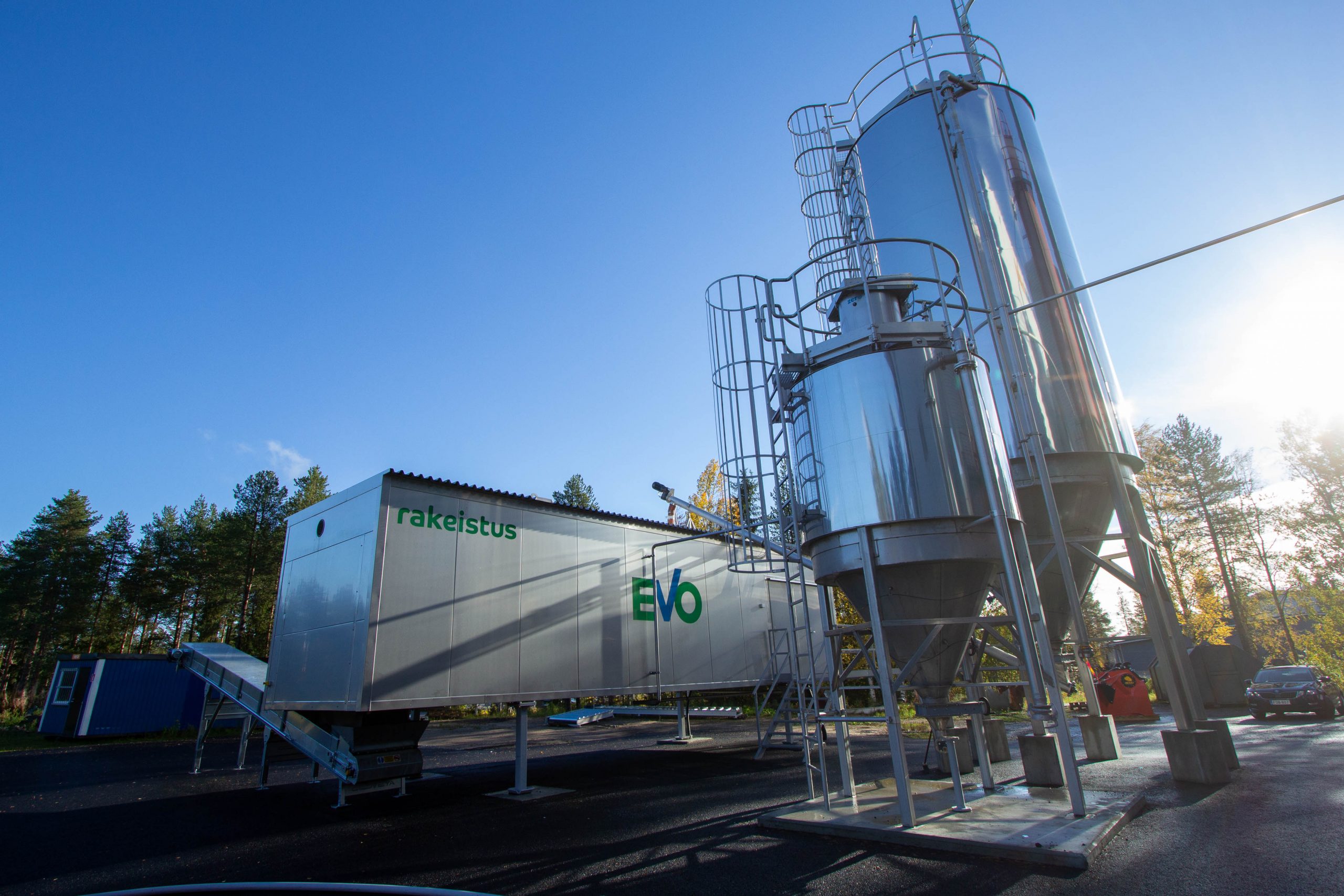